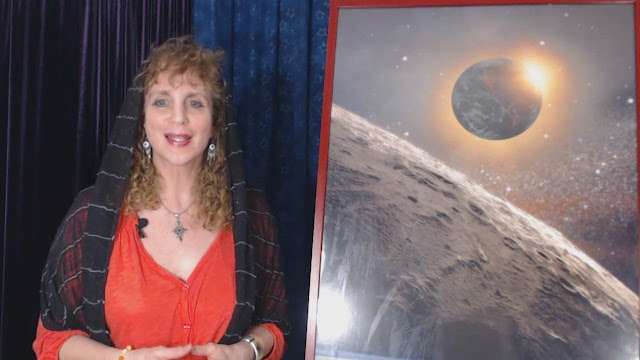 
Welcome to our video on Astrology Chart revelations for Our Lady of Fatima 101st Anniversary for three Shepherd children’s Fifth Apparition of Blessed Virgin Mary in Fatima, Portugal for September 13, 2018 which originally occurred on the 13th of the month of September in 1917 where there were reported to be somewhere between 20,000 and 30,000 bystanders praying the Rosary (although some reports indicate even more observers) who were present to witness atmospheric phenomena as were attributed to be equivalent to the earlier apparitions. By this time in 1917 there were many secular people and atheists who where ridiculing the three child seers and telling jokes about the bystanders who were witnessing the apparitions of Our Lady of Fatima. Nevertheless a great number of observers gathered to see the September 13th visitation at the Cova da Iria in 1917. Please see my video entitled “Astrology Chart September 13, 1917 Our Lady of Fatima `Fifth Apparition Horoscope & Zodiac Angels” which was her fifth original appearance in 1917 to Lucia, Jacinta, and Francisco.


Our Lady appeared to the three Shepherd children for a fifth time on September 13, 1917 making September 13, 2018 the 101st anniversary of many miracles performed by Our Lady of Fatima.


According to Catholic Catechism the three children Shepherdess Lucia Santos, Shepherdess Jacinta Marto, and her brother Shepherd Francisco Marto were at the Cova da Iria which was the selected location on the 13th of September in 1917 which was the appointed day where the Blessed Mother had instructed them to visit for Our Lady of Fatima’s fifth visitation to these three children seers. The numerous bystanders reported that the atmosphere became suddenly and notably cooler with the sun dimming to the point that the evening stars could then be seen. A beautiful rain shower began which was said to be similar to a light snow or soft glimmering petals that were visible until they touched the earth. On this occasion the witnesses accounted seeing a luminous globe transiting gradually and regally through the sky from the direction of the east towards the west. As the apparition came to its finale the shimmering orb then travelled in an opposing direction. The three Shepherd children seers then stated that they witnessed a light which acted as a herald to the immediate appearance of Our Lady of Fatima above the familiar holm oak tree. 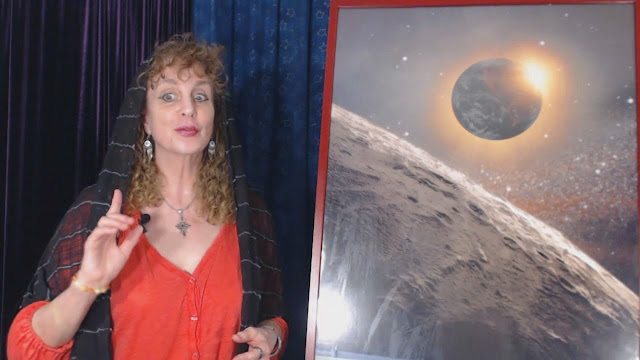 Lucia’s writings about the communication between the three seers and Our Lady of Fatima is reported to have progressed thusly:


Lucia requested of Our Lady of Fatima, “What do you want of me?”


Our Lady of Fatima instructed the three Shepherd children seers, “Continue to pray the Rosary every day to obtain the end of the war. In October, Our Lord will also come, as well as Our Lady of Sorrows and Our Lady of Mount Carmel. Saint Joseph will appear with the Child Jesus, to bless the world. God is pleased with your sacrifices, but He does not want you to sleep with the ropes; wear them only during the day.” (The children had been wearing cords around their waists as a sacrifice for sinners.)


Lucia then asked Our Lady of Fatima, “They have requested me to ask you for many things, for the cure of some sick persons, of a little girl who is a deaf-mute.”


Our Lady of Fatima then replied, “Yes, she will improve within a year.”


Lucia supplicated again, “And about the conversions that some persons have requested and a cure for other sick ones?”


Our Lady responded, “I will cure some, others not. In October, I will perform a miracle for all to believe.”


After this Our Lady of Fatima began rising up and then she disappeared in the same manner as she had previously at which point Lucia said to the crowd of bystanders, “If you wish to see her, look! Look!” 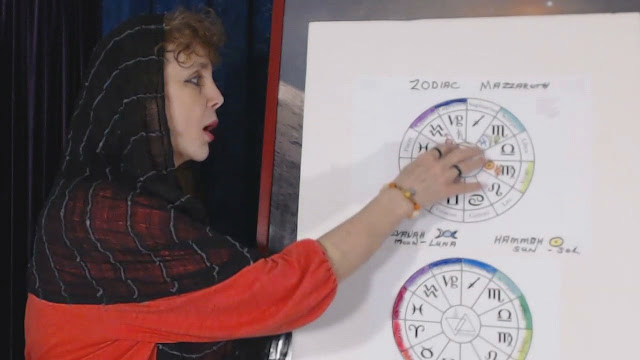 Now let’s take a look at this September 13, 2018 Astrology Chart I’ve prepared for you to commemorate and reveal this miraculous 101st Anniversary of the Fifth Apparition of Our Lady of Fatima which is located in Portugal.


Astrology for Major Aspects of the Seven Ancient Planets on September 13, 2018 in Fatima Portugal BST, commemorating 101 Anniversary of Fifth Apparition of Our Lady of Fatima are as follows:


Jupiter in Scorpio at 19 Degrees, 01’ in 1st Horoscope House of Self and Appearances, Planetary Archangel Sachiel visits abode of Zodiac Angel Barchiel. 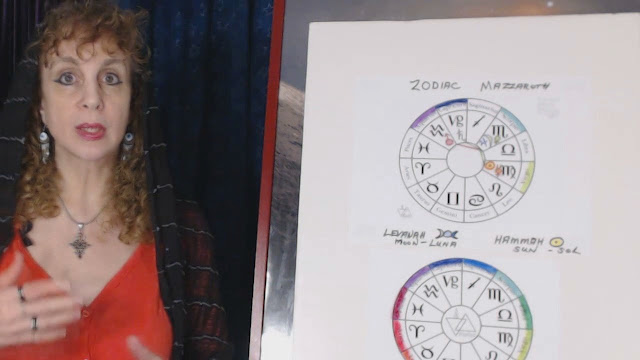 Significant Aspects of Seven Ancient Planets on September 13, 2018 are as follows: 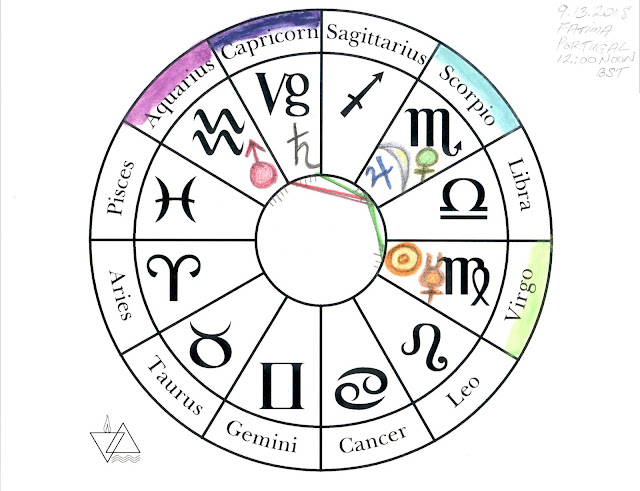 
Information found in this document is based on the “Oral Tradition” known as “Kabbalah” taught to me by Rosicrucian clergy when I was but a young girl the facts of which I have committed to memory.