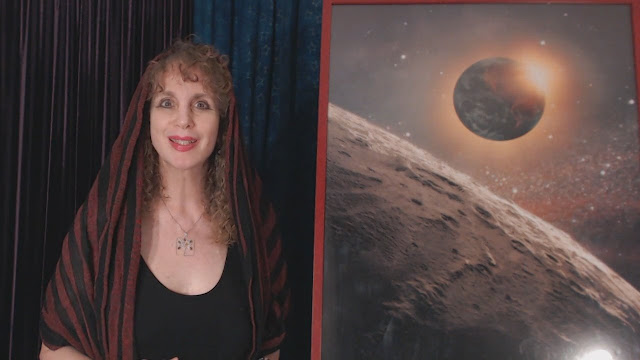 
Welcome to our video on Astrology Chart revelations for Our Lady of Fatima 101st Anniversary for three Shepherd children’s Sixth Apparition of Blessed Virgin Mary in Fatima, Portugal for October 13, 2018 which originally occurred on the 13th of the month of October in 1917 where there were reported to be approximately 70,000 bystanders who were witnesses to this Sixth Appearance of Our Lady of Fatima which culminated in the famous “Miracle of the Sun” event which has been widely discussed, written about, and venerated. Indeed, when Our Lady of Fatima made the Sun “dance” for the spectators that day keep in mind that the solar disc was reported to have been dull silver in color with various flashing colored lights radiating drying effect upon the bystanders which now in our modern day can be understood more readily as possibly a visitation from an advanced extraterrestrial civilization come to earth to help mankind evolve to a new level of spiritual consciousness! Keep in mind that there were detractors of the three children seers who taunted Lucia, Jacinta, and Francisco that Our Lady of Fatima was late and did not show up at the appointed time of 12:00 Noon on October 13 in 1917. They teased that the Virgin Mary was not serious about her appearance nevertheless Our Lady of Fatima did appear when the sun was at its highest point in the sky as an extraterrestrial visitor would have done bearing in mind that a being from another world would not have known about daylight savings time. In an Astrology Chart the houses can be, but are not always different when taking the hour into account although the planets and zodiac signs will remain the same. Considering this fact about the zodiac houses, what the general spectators, town’s people, officials, and reporters had thought Our Lady of Fatima was going to provide or perform on October 13, 1917 was most likely slightly different from what she actually did present and manifest for the frightened multitude. More about the appearance and behavior of the silver disc in a moment but first, let us take a look at how this event was experienced by earth people on that amazing day! October 13, 1917 in Fatima, Portugal at the agreed upon location of the Cova da Iria began as a very rainy day after a night of pouring rain of which these wet conditions were also present during much of the Visitation by Blessed Mother Mary. Similar to previous apparitions of Our Lady of Fatima in 1917 the three Shepherd children Shepherdess Lucia Santos, Shepherdess Jacinta Marto, and Shepherd Francisco Marto reported that they initially witnessed a brilliant illumination prior to the appearance of Our Lady of Fatima who then again as before hovered above the same modest holm oak tree. Please see my video entitled “Astrology Chart October 13, 1917 MIRACLE Of The SUN Our Lady of Fatima `Sixth Apparition!” which was her sixth original appearance in 1917 to Lucia, Jacinta, and Francisco.


Our Lady appeared to the three Shepherd children for a sixth time on October 13, 1917 making October 13, 2018 the 101st anniversary of the final and most profound miracle performed by Our Lady of Fatima in 1917. 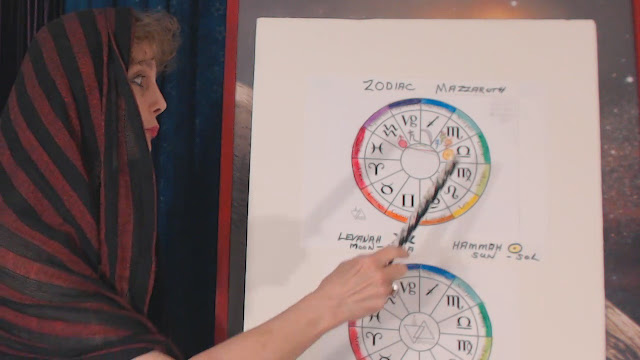 According to Catholic Catechism the three children Shepherdess Lucia Santos, Shepherdess Jacinta Marto, and her brother Shepherd Francisco Marto were at the Cova da Iria which was the appointed place on the 13th of October in 1917 which was the prearranged day where the Blessed Mother had instructed them to visit for Our Lady of Fatima’s sixth visitation to these three children seers. A copious amount of eyewitnesses reported to be approximately 70,000 by many reporters and bystanders arrived at the Cova da Iria from miles around in a downpour of rain. Although some drove automobiles, others traveled on foot or drove wagons pulled by animals. Lucia, Jacinta, and Francisco had garnered much notoriety at this point in the succession of Marian apparitions and were heralded by some as great seers while others derided them as being infamous story tellers. The three Shepherd children seers stated that as previously encountered, they again observed a dazzling light which was indeed a portent to the instant appearance of Our Lady of Fatima above the same quaint holm oak tree.
Lucia’s writings about the communication between the three seers and Our Lady of Fatima is reported to have progressed thusly:


Lucia enquired of Our Lady of Fatima, “What does Your Grace want of me?”


Our Lady of Fatima responded, “I wish to tell you that I want a chapel built here in my honor. I am the Lady of the Rosary. I want you to continue praying the Rosary every day. The war is going to end soon, and the soldiers will return to their homes.”


Lucia then requested of Our Lady of Fatima, “I have many petitions to ask you from many people. Will you cure some sick persons, and would you convert some sinners?”


Our Lady of Fatima then answered, “Some yes, others no. People must amend their lives and ask pardon for their sins.” Becoming sadder, she added, “Let them offend Our Lord no more for He is already too much offended.”


Our Lady of Fatima then opened her hands facing them above to heaven and with that she radiated a luminous light from her palms up towards the cloudy gloomy firmament. At that instant Our Lady began to levitate up and a silver disk with a matte finish and colorful flashing lights appeared from behind the clouds and began to “dance” or spin as Our Lady continued to beam her light towards the disk.


It is reported that at that very second Lucia cried out, “Look at the sun!” 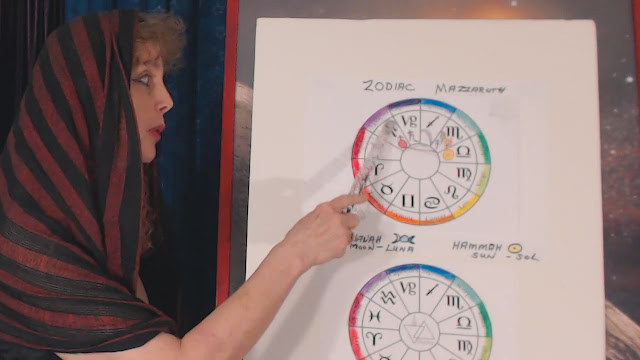 The disc was reported to have at one point began to spin so quickly that it appeared as a colossal ring of fire. It reportedly halted for an instant and then whirled about with the outer perimeter of its circle becoming bright red throwing off ruby flames into all directions of the heavens.


Atmospheric phenomena then ensued where hues of colorful light were seen on the skin and clothes of the spectators as well as upon the earth where they stood also shimmering glinting tinges of color onto the trees and plants. Spectators became frightened when the radiant disc “danced” through the sky twice more finally shuddering in a wobbly dive down towards the multitude in an erratic fashion as if it was going to plummet into the whole host of shocked witnesses. Just before the blazing disc dove into the eyewitnesses it climbed back up into the sky in the same manner in which it had tumbled down then taking on the appearance of the matte silver disc once again it fastened itself to the sky taking on its original appearance. After this the bystanders noticed that the radiant disc had dried their clothes. This “Miracle of the Sun” was viewed by people who were even miles away when it occurred with many newspaper reporters of the day in 1917 being among the eyewitnesses.


After that Our Lady of Fatima was reported to have then vanished into the deep vastness of the firmament at which time Lucia witnessed three visions corresponding to the first three of four mysteries of the Rosary, Joyful, Sorrowful, and Glorious. Francisco and Jacinta did not behold all three visions but only saw the first one.


First Vision/Joyful Mysteries – All three children seers saw Saint Joseph wearing white next to the sun with the Child Jesus clad in light red, and Our Lady of the Rosary clothed in white with blue mantle representing the Holy Family. Saint Joseph and the Child Jesus formed the Sign of the Cross thrice blessing the multitude of witnesses.


Second Vision/Sorrowful Mysteries – Lucia alone witnessed a second apparition of Our Lady of Sorrows though she did not witness the familiar swords piercing through Our Lady’s heart while accompanying Our Lord on his journey to Calvary weighed down with sorrow with only the upper portion of his body visible. Our Lord then formed the Sign of the Cross bestowing blessings upon the multitude as Saint Joseph and the Child Jesus had done in the first vision.


Third Vision/Glorious Mysteries – Lucia alone witnessed a third glorious apparition of Our Lady of Mount Carmel wearing a crown presented embracing the Child Jesus next to her heart as she is crowned Queen of heaven and earth.


There would be one more occasion when Lucia would see an apparition of Our Lady of Fatima at the Cova da Iria as a prelude to her attending school when the Virgin Mary instructed Lucia that it was time to seal her devotion God which happened in 1920. 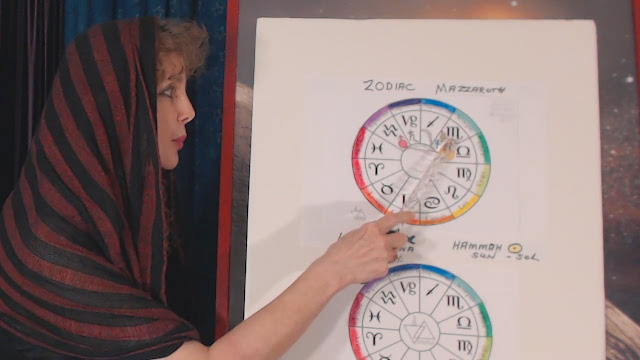 Now let’s take a look at this October 13, 2018 Astrology Chart I’ve prepared for you to commemorate and reveal this miraculous 101st Anniversary of the Sixth Apparition of Our Lady of Fatima which is located in Portugal.


Astrology for Major Aspects of the Seven Ancient Planets on October 13, 2018 in Fatima Portugal BST, commemorating 101 Anniversary of Sixth Apparition of Our Lady of Fatima are as follows:


Moon in Sagittarius at 13 Degrees, 22’ in 1st Horoscope House of Self and Appearances, Planetary Archangel Gabriel visits habitation of Zodiac Angel Adnakhiel.


Saturn in Capricorn at 03 Degrees, 38’ in 1st Horoscope House of Self and Appearances, Planetary Archangel Cassiel visits abode of Zodiac Angel Hanael. 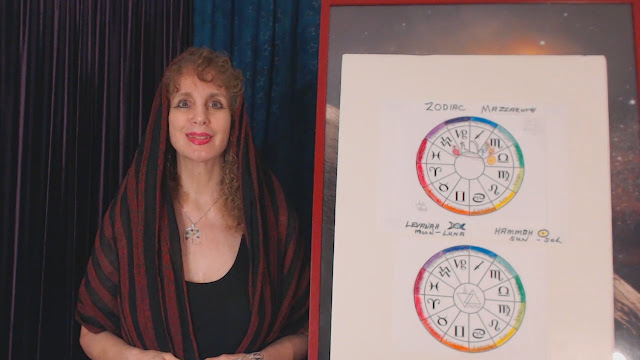 Significant Aspects of Seven Ancient Planets on October 13, 2018 are as follows:


No Major Planetary Aspects on October 13, 2018 although there are some Minor Aspects. 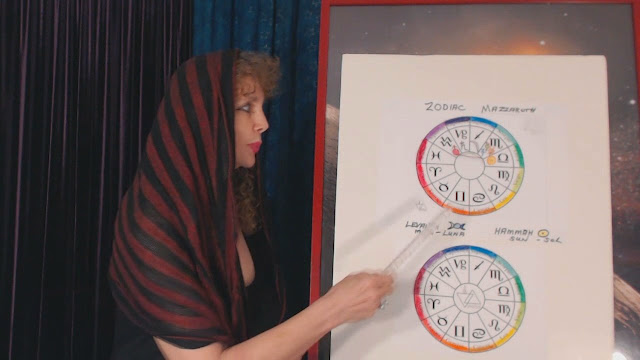 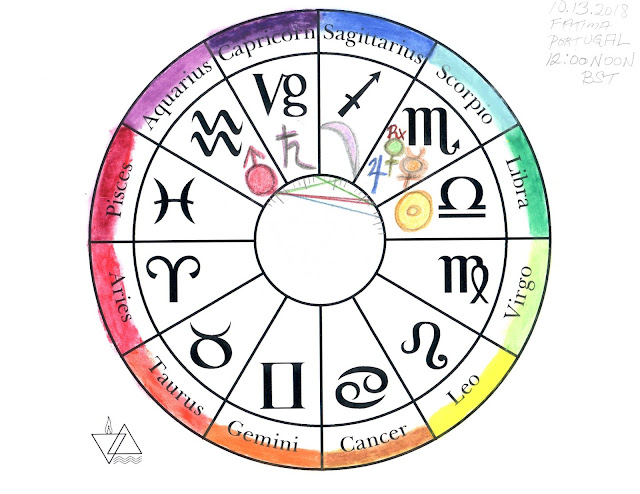 Information found in this document is based on the “Oral Tradition” known as “Kabbalah” taught to me by Rosicrucian clergy when I was but a young girl the facts of which I have committed to memory.


by Rosemary A. B. Harper G.H. Imperatrix, Hierophantia The Hermetic Order of The Alchemical Flame H.O.A.F. 6=5. Praemonstratrix The Angels Of Light Fellowship Int’l. A.O.L.F.I. 6=5, Pr., R.N.